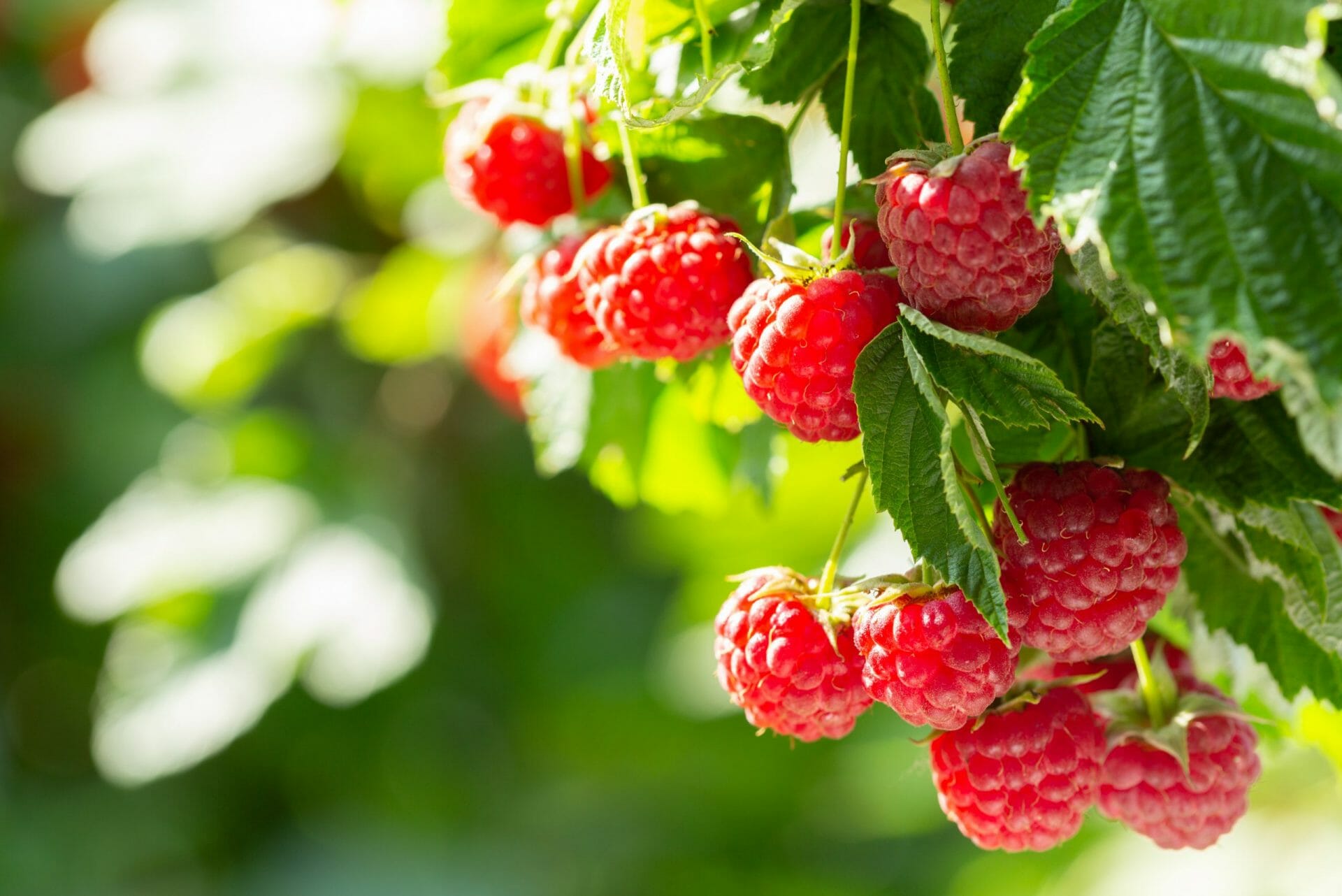 Native to Europe, the red raspberry (or by their scientific name, Rubus idaeus) is derived from the rose family and represents the edible fruit of such plants. Aside from being one of the most coveted summer berries, raspberries are loaded with benefits that make them a feel-good snack or a health boost as an addition to your morning smoothie or summer salad. They are rich in micronutrients, fiber, and antioxidants- making these delicious fruits a true superfood.

Consuming a diet rich in fruits and vegetables has been linked to a reduced risk of several age-related chronic conditions, including heart disease, diabetes, and Alzheimer disease: all of which share a critical underlying inflammatory cause of disease risk and progression. Recent studies, in both humans and animals, have shown promising anti-inflammatory and antioxidative effects of raspberries. In both human and animal studies, diets rich in berries have been associated with reduced inflammation and symptoms associated with these chronic metabolic diseases. One eight-week study in obese, diabetic mice observed that those fed freeze-dried red raspberry had reduced joint inflammation and organ damage than those who remained on a regular diet. In human studies, diets high in antioxidants have been linked to numerous health benefits – including improvement in arthritis and joint pain, lowered risk of certain types of cancer, and increased longevity!

But what is the connection between these fruits and their health-related properties? Like other berries, raspberries are one of the most potent plant-based food sources of polyphenols – namely, anthocyanin and ellagitannin, which give the raspberry its characteristic red color. Polyphenols are naturally occurring micronutrients with rich antioxidative effects. A 2016 article published in Advances in Nutrition sought to review the connection between these polyphenols and brain health, including whether the polyphenolic components could benefit patients with Alzheimer’s disease (AD). They found that one of the major polyphenols, ellagitannin, had an inhibitory effect on the formation of toxic proteins that are characteristic in the development and progression of AD. As a whole, the participants in the study who received raspberry extract demonstrated neuroprotective properties against brain degeneration. In the same study, researchers investigated the extract’s effects on individual brain cells (or ‘neurons’). When neurons were treated with these polyphenols, the cells tended to have lower levels of toxic inflammation and lived longer in comparison to the untreated group. Separate studies have demonstrated similar protective properties against other types of brain conditions – notably in the realm of concussions. Amongst those who have experienced a concussion or mild brain injury, raspberry components have been shown to help preserve memory and reduce markers of inflammation can lead to chronic effects.

This is a bustling area of research, with many more health benefits to come as science progresses. While there are many ways to incorporate raspberries into your diet – to top your morning yogurt, summer salads, or as a snack themselves – it is clear that their benefits extend beyond taste alone!