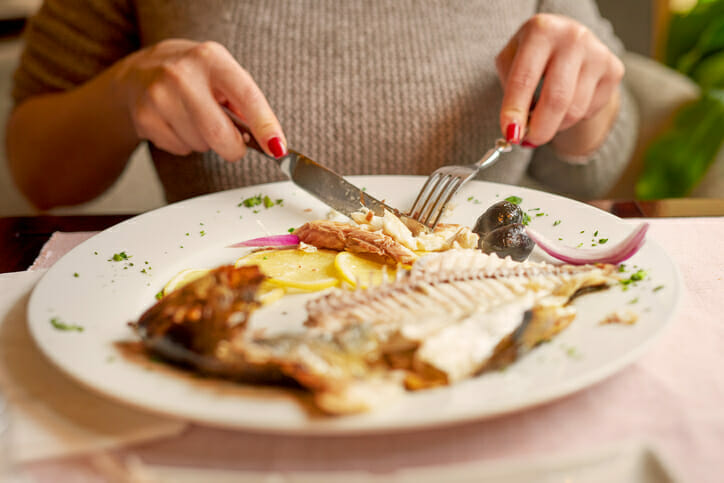 Foods for Thought: Eat More of These Brain-Boosting Super Foods

Certain foods are particularly strong choices for boosting brain function and warding off cognitive decline. Beck recommends trying to include these super foods in your diet to give your brain a boost:

To get more omega 3 fatty acids in your diet, consume oily fish such as salmon, trout or sardines on a regular basis. There is more than one type of omega 3 fatty acid. The one that is of particular importance for brain health is called DHA (docosahexaenoic acid), the fatty acid that is concentrated in the brain. It helps keep brain cell membranes flexible so that memory messages can pass easily between them. To get your blood level of DHA to a concentration required for cardiovascular protective benefits,   you should be eating about 12 ounces per week of an oily fish like salmon. If you’re not consuming that amount, take a fish oil supplement. If you’re going to buy an omega oil supplement, Beck advises avoiding the omega 3/6/9 products and choosing a pure omega 3 supplement made from fish oil, since omega 6s and 9s are pretty widespread in our food supply. If you are vegetarian, take a DHA supplement made from algae; note that this is different from the omega 3 that can be found in flax oil, which is ALA (alpha-linolenic acid). 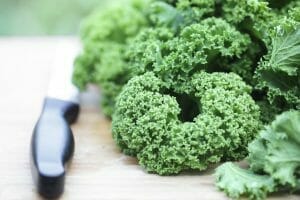 A large study, done with adults 65+, found that men and women who ate more than two vegetable servings per day had a 40 percent lower rate of cognitive decline. The most protective vegetables were found to be leafy green vegetables such as arugula, kale, rapini, spinach and swiss chard. So, Beck advises her clients to  aim to have leafy green vegetables at least four times a week. Cooked is better than raw, making more of the antioxidants and minerals available for absorption. “Try adding them to soups or pasta sauces, or throw a bunch of baby kale in a pot of chili, all of those things that are so easy to do,” suggests Beck. 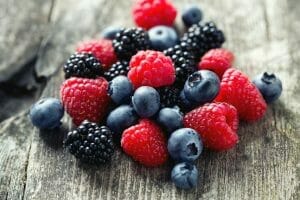 Berries and walnuts are rich in antioxidants called polyphenols which enhance the action of microglia cells in the brain. The microglia’s role is to help remove toxic proteins from the brain that accumulate with age. These toxic proteins, if left to accumulate, have a negative impact on brain function. Polyphenols seem to activate or enhance this natural housecleaning process that takes place in the brain. All kinds of berries are good sources of polyphenols but so are other fruits such as plums, pomegranate seeds, prunes and red grapes. A walnut-rich diet was shown, in a US study, to reverse age-related motor and cognitive decline in aged rats. The researchers attributed these improvements to the polyphenols in the walnuts. While walnuts were the only nuts studied, Beck would also recommend almonds, hazelnuts and peanuts because of the vitamin E they contain. Consuming foods rich in vitamin E, an antioxidant, on a daily basis will help protect your brain cells from oxidative damage. Other foods high in vitamin E are sunflower seeds, sunflower oil, safflower oil and grapeseed oil.